How To Get To Uyuni | Step By Step Guide 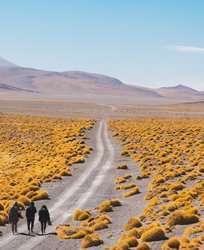 HOW TO GET TO UYUNI

Ease now. Getting to Uyuni can be simpler than you might imagine! First of all, there are three options to get to Uyuni: La Paz city, San Pedro de Atacama (Chile) and Santa Cruz city. However, the most important thing is to opt for a safe and responsible transportation company.

Note: There are only direct flights from La Paz and Santa Cruz cities.

Getting to Uyuni in 2017 is much easier than other years. Since they implemented new air routes and tourist buses; transportation by train is no longer the only option.

In the following paragraphs I will explain step by step how to get to Uyuni from the most frequent destinations.

HOW TO GET TO UYUNI FROM LA PAZ

Without a doubt, La Paz city is considered as the gateway to Bolivia, so it is the case that 60%+ of travelers who take a Salar de Uyuni tour come from this city.

You have 3 transport options:

Note: In Bolivia there are only 2 airlines that offer direct flights to Uyuni from La Paz: Amaszonas and BOA both have daily flights

Flights from La Paz to Uyuni

Traveling by plane is always the best option to visit Uyuni since the duration of the tour is only 50 min. and the cost is approximate ranges from 79US D to 130USD. However, you must take into account that the Airport of the city of La Paz is located 40min from downtown and take a taxi to the destination can cost you from 9USD to 15USD depending the zone.

Boliviana de Aviación: the government is the owner and it operates this company, which makes it cheaper and one of the best ones.

Also mention that the airport in the town of Uyuni is 10 min from the center and taxis can charge you as a maximum of 5USD for the whole car. If you buy a tour for the Salar de Uyuni and notify when your flight arrives the transfer is included.

If you are on an adventurous plan it may be that going on a bus is the best option. It is true that Bolivia does not have the best tourist infrastructure neither service provided, however, every day the offer is improving and you can start to find very good services if we talk about transportation.

There are only 3 companies that I can recommend:

I can’t say that the buses they offer are the best, it’ll be a lie if I said it, they are standard buses with enough quality to pass a relaxed trip and you will arrive with a bit of a backache.

What is the best bus company to go to Uyuni from La Paz?

The best bus company could be “Todo Turismo” if you are looking for comfort. However, the buses between “Todo Turismo” and “Trans Omar” are pretty much the same, but Todo Turismo offers a personalize service.

The cheapest option to travel to Uyuni from La Paz (not by much) is the public train, however you must take the following forecasts before risking the adventure.

The first and most important, is to take into account the itineraries of departures of trains, they don’t have daily departures and you can lose the train if you do not take them into account before traveling.

When you are ready, be sure to take a bus from the bus terminal in the city of La Paz to the city of Oruro (approximately 3 hours 30 minutes) and the ticket will only cost you as 5USD after arriving at the city terminal From Oruro you should take a taxi to the train terminal (10min).

TAKE NOTE! You must buy the tickets or make your reservation in advance.

Most important thing about traveling by train to Uyuni is you need to prepare before you go because the train arrives in Uyuni in the middle of the night so you have to spend the rest of the night there if you want to catch early tour in morning.

HOW TO GET TO UYUNI FROM SANTA CRUZ

Believe it or not, Santa Cruz de la Sierra is one of the main entrance gates to Bolivia from other countries, however this city is really faraway from Salar de Uyuni, that’s why traveling to this beautiful destination can be a little more complicated.

To travel to Uyuni from Santa Cruz, you have only one direct option and 2 combined options:

Oops! I forgot to mention that this is the best option of all for the time you save, however, in addition to being the most expensive option, it is a risky option! This air route was newly incorporated at the beginning of 2017, therefore it has a lot of irregularities of departures, so now it is only possible to buy it in physical of the only company that operates the route, AMASZONAS and it only has departures on Friday.

The cost of the ticket ranges from 85USD to 120USD depending on the category. It has an approximate route of 1 hour and the only drawbacks of this option may be the delays that usually have flights of this company. If your itinerary suits these characteristics, going in flight will certainly be the best option for your back.

Note: You must buy your tickets directly at the airport, but you have to call your Call Center to make the reservation and the confirmation of the flight to be sure you will acquire your space on the plane.

Well, if you are looking for comfort for your trip and your itinerary is not suitable for a Friday, the other option is to take a flight Santa Cruz to Uyuni with stopover in La Paz that takes about 2 hours to travel cost about 120USD to 150USD per person.

Good luck hommie! The distance between Santa Cruz and Uyuni by bus takes about 18 to 20 hours, although it is necessary to do a bus transfer in the city of Sucre. You should consider the following recommendations if this is your travel option.

Bus from Santa Cruz to Sucre:

first of all, take into account that this route doesn’t have a good pave road, so you will spend a couple of uncomfortable hours with unpaved roads, this route lasts about 12 hours and has an approximate cost of 20USD to 30USD per person.

Do you still feel adventurous? Well, the only company that I can recommend you for this route is “TEQUILAZO”, the buses are the most comfortable to travel and are accessible in prices. You will have to take yourself to the Santa Cruz bus terminal and personally buy your ticket at least 1 hour before your departure (buses depart at approximately from 17:00 – 19:00hrs).

Bus from Sucre to Uyuni:

there are many ways to get to Uyuni from Sucre, the best option is to take a direct bus that lasts around 7 hours with some short stops along the way. Unfortunately, this route doesn’t have the best service or buses travelwise, however the road and the duration are much smaller than the previous route.

Take note: to select the bus that will take you to Uyuni! The only company I can recommend you is “6 DE OCTOBRE” which has daily departures at 09:30hrs and another at 20:30hrs. Many times they fill up and other days are delayed in their departure until filling their seats. In spite of so much informality, this is the best option to travel from Sucre to Uyuni.

Note that for this option you’ll need a budget of at least 70USD per person just for the tickets.

Are you ready? Well, let’s begin, the first thing you’ll have to do is to buy a BoA or Amaszonas flight ticket with the following route: Santa Cruz to Sucre that lasts only 35min. And are very economical ranging from 35 to 50USD, the idea of ​​taking this flight is to save 12 hours of travel and arrive in Sucre before 18:00 pm so you have time to go to the city of Sucre and buy a ticket In the buses terminal 6 OCTOBER to Uyuni (15USD to 18USD per person) and depart around 20:00 pm. Note that you will arrive in the middle of the night to Uyuni and you will have to book some lodging before arriving in Uyuni.

Complicated? Maybe yes, but believe me, it’s the best option if you are under a budget, in theory it will only take you 8 to 9 hours to get to Uyuni.

HOW TO GET TO UYUNI FROM SAN PEDRO DE ATACAMA

If you are planning to visit the Salar de Uyuni from Chile, consider that San Pedro de Atacama and Sud Lipez are the border between Bolivia and Chile, therefore many tourists take the opportunity to visit both destinations taking a tour of 3 days or 4 Days for both places. So if you are in San Pedro de Atacama maybe the best option you can have is to take a tour to visit the colored lagoons located in Bolivia and finish the day in the Salar de Uyuni concluding the tour in the town of Uyuni To continue your trip up or return to Atacama, there are many options to make this circuit. Consider that the cost of these tours range from 140USD per person or more.

Okay okay I understand, you are looking for something more economical … Pay close attention to the following: One of the most economical ways to visit the Salar de Uyuni from San Pedro is to take a bus or public transport from Calama to Uyuni. First, you have to transfer to the city of Calama from San Pedro de Atacama (there are cars, buses and all kinds of transport to do at any time of day, the journey usually lasts a little over 1 hour, after that you should go to the Terminal of buses of Calama and buy your ticket in person or access to web pages of the local transport companies.

The Salar is great and unique in the world, but I assure you that spending time in the lagoons of Colors (Laguna Colorada, Laguna Verde and deserts) is a must.

I only had the opportunity to visit 2 companies that go to Uyuni from Calama, these are: Cruz del Norte and Atacama 2000, both are average but economic companies, from Calama to Uyuni usually costs around 15USD per person and the travel time is More than 8 hours depending on how long you do in your migration process.

Note: buses depart very early from the bus terminal, many prefer to sleep in Calama not to miss the bus (departures from 05:00 to 06:00 hrs)

Once you get to Uyuni, you can take a tour of Salar de Uyuni only half a day or a whole day that can cost you as 15USD to 35USD per person, visit this beautiful destination and then go your way. I must be honest with you, I do not recommend doing this circuit, but many do it to save money and continue their journey to the city of La Paz and then to Peru. The Salar is great and unique in the world, but I assure you that spending time in the lagoons of Colors (Laguna Colorada, Laguna Verde and deserts) is a must.

I really hope this article can help you to plan your trip, feel free to write us to info@visitsoam.com or my personal email jeff@54.156.181.2 if you have any questions. 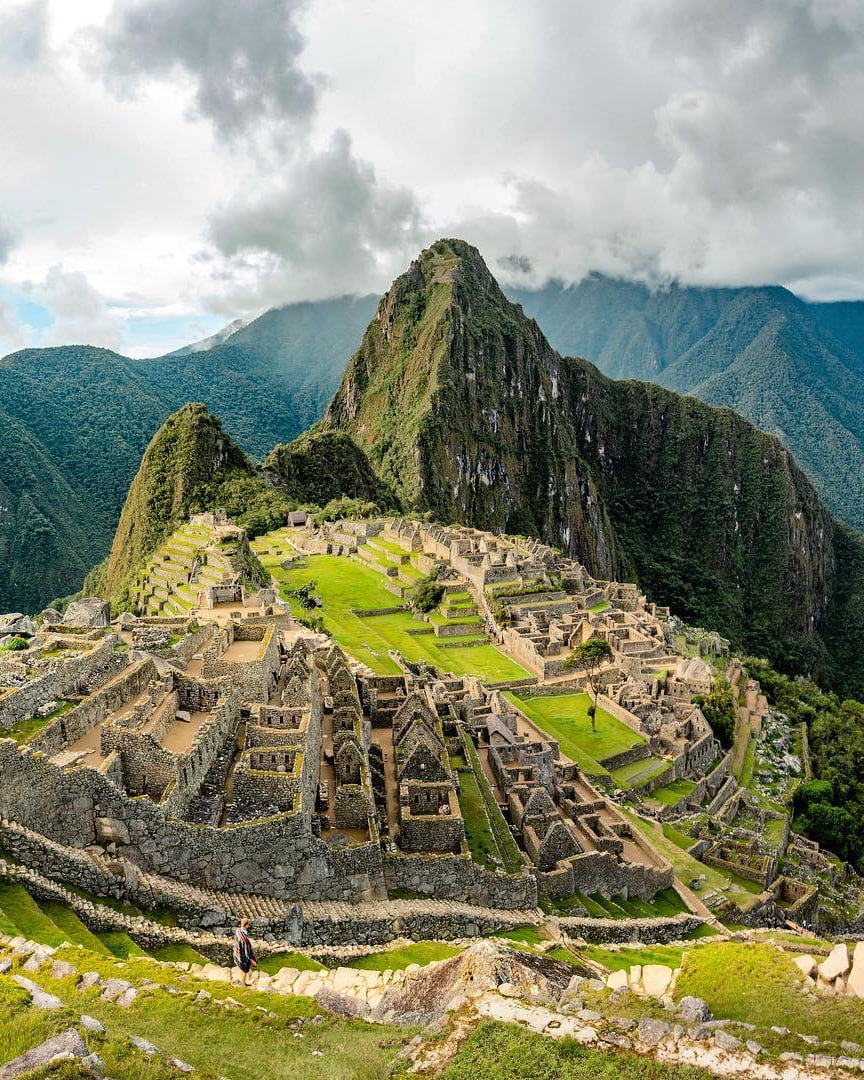 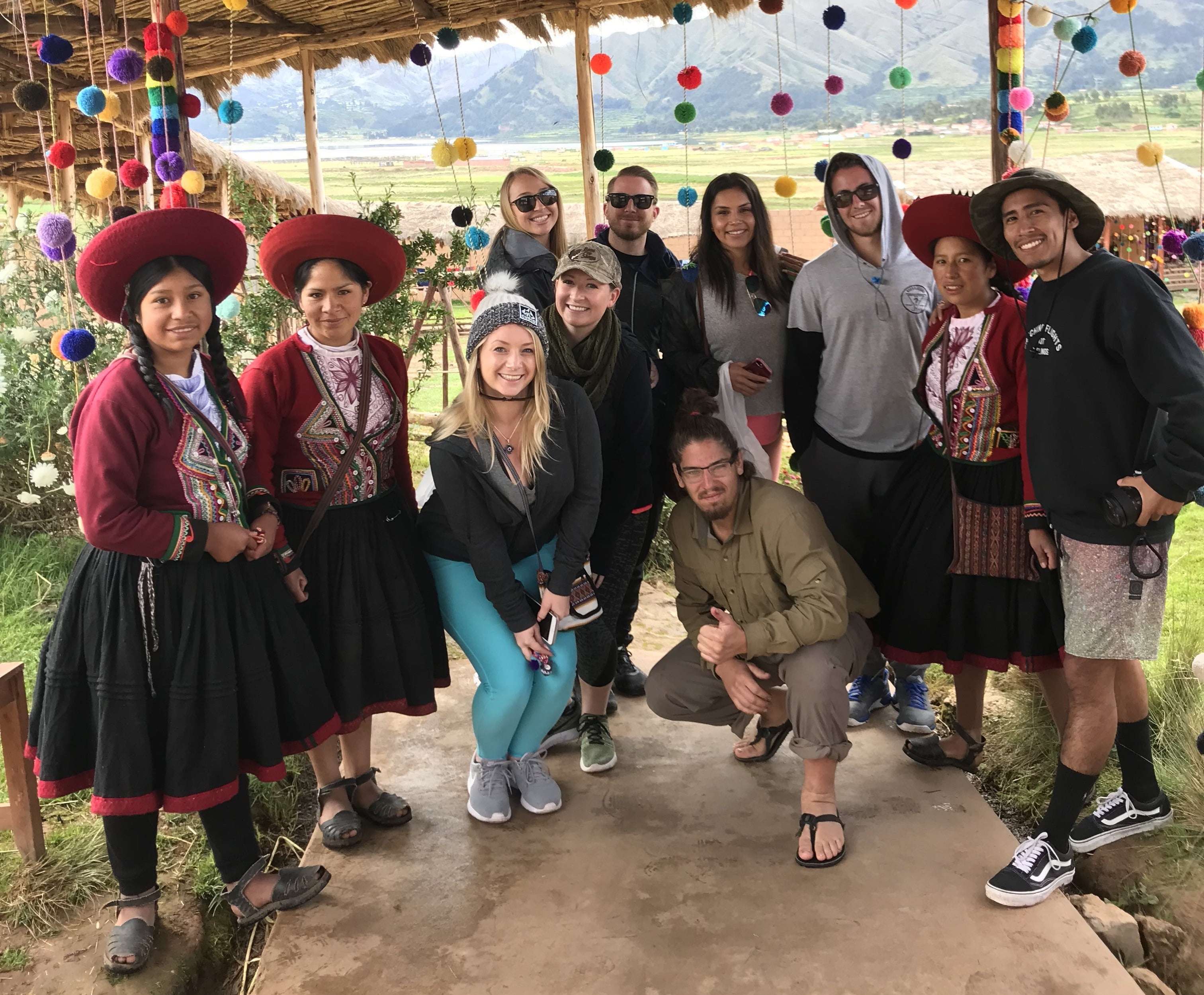 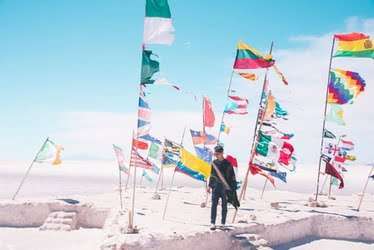 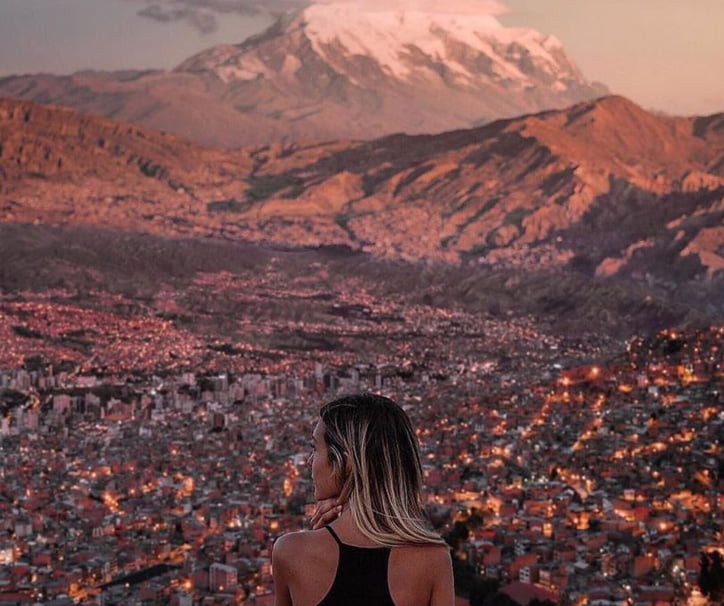 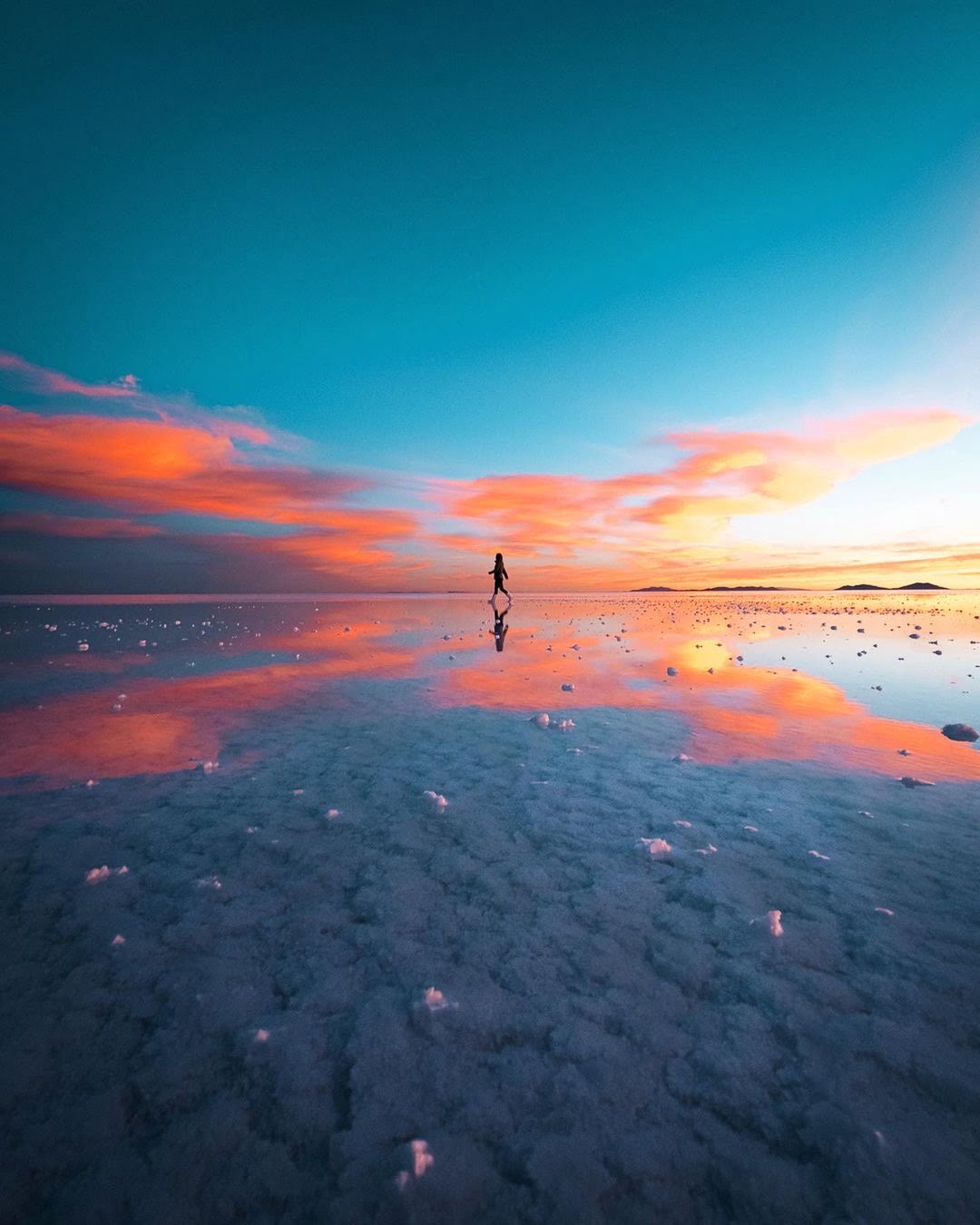